Wonder's Shakespeare: "A Hero on a Budget" 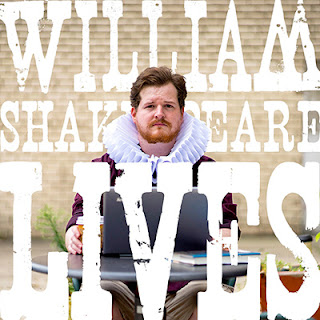 The longer of its two titles is more descriptive: William Shakespeare Lives or William Shakespeare, a 30 year-old playwright who lives in Chicago's Edgewater neighborhood, has just opened his new play, Titus Andronicus, and it was not well-received; a comedy in three acts.

But "Shakespeare" is more like a prop than a character in this one-man show, serving as a gravitational center for a series of rants, reflections and beer-soaked introspections. Theatre insiders can relate to the narrative, and anyone can appreciate its universal message: we are in love with Possibility, and all our self-loathing is just frustration at being unable to rewrite the Past.

Seasoned by scholarship and spiked with vulgarity, William Shakespeare Lives is a saucy comedic monologue that approaches Man's classic internal conflicts armed with PBR, TV reruns, and a sublime desire to connect.

Repeat performances are July 16th at 8PM and July 17th at 3PM at the Elgin Art Showcase. Tickets are available at janusplays.com.
Posted by Jeffrey R. Pierce No comments: