Don't let the title mislead you, this is An Iliad unlike any you've read, heard or seen before. Janus Theatre Company's area premiere of the work by Lisa Peterson and Denis O'Hare puts the classic story of the Trojan War literally front and center.

The main character in this drama is the Epic Poet archetype, played alternately by actors Lori Holm, Ann Marie Nordby, Joe Cattoggio and Janus Artistic Director Sean Hargadon. In a series of monologues, the Poets retell the story like they have for generations, linking the tragedies of the ancient plot with centuries of human experience. 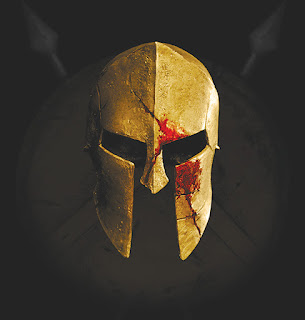 Shifting fluidly from narrator, to character to eyewitness, the Poets speak through elevated verse, classical Greek and bar room vernacular with a delivery so genuine we wonder how much material is scripted and how much is improvised. Because the play is not so much a drama as a description of a drama, its success relies crucially on the Poets' raw power to captivate an audience with storytelling.

Shadeless lamps lit several different spaces of the Elgin Art Showcase like the torches of Spartan tents as the audience moved from set to set, sometimes encircling the cast, other times surrounded by it. Carrying a suitcase of memories from scene to scene, the Poets deftly used a walking stick to portray personalities, punctuate key lines and act out combat with invisible warriors.

The finest performance of a role is when we see a character, not an actor. For this mixed cast to share the same role without any help from costumes or idiomatic scripting requires amazing sensitivity to the elements of character like voice, gesture, and manner. It couldn't succeed like it does without great talent, disciplined rehearsal and strong, deeply experienced directing.

Drinking freely from bottled spirits like the gods' ambrosia, the Poets remind us of a time when war was a gruesome but beautiful art, in which a soldier addresses his enemy in verse before disemboweling him. In the here and now, the horrors of war remain, but is there yet anything beautiful in the human heart for which good people will bravely fight, or even die?

Performances continue Fridays and Saturdays at 8pm and Sundays at 2pm through February 28th. For tickets, go to janusplays.com.
Posted by Jeffrey R. Pierce No comments: