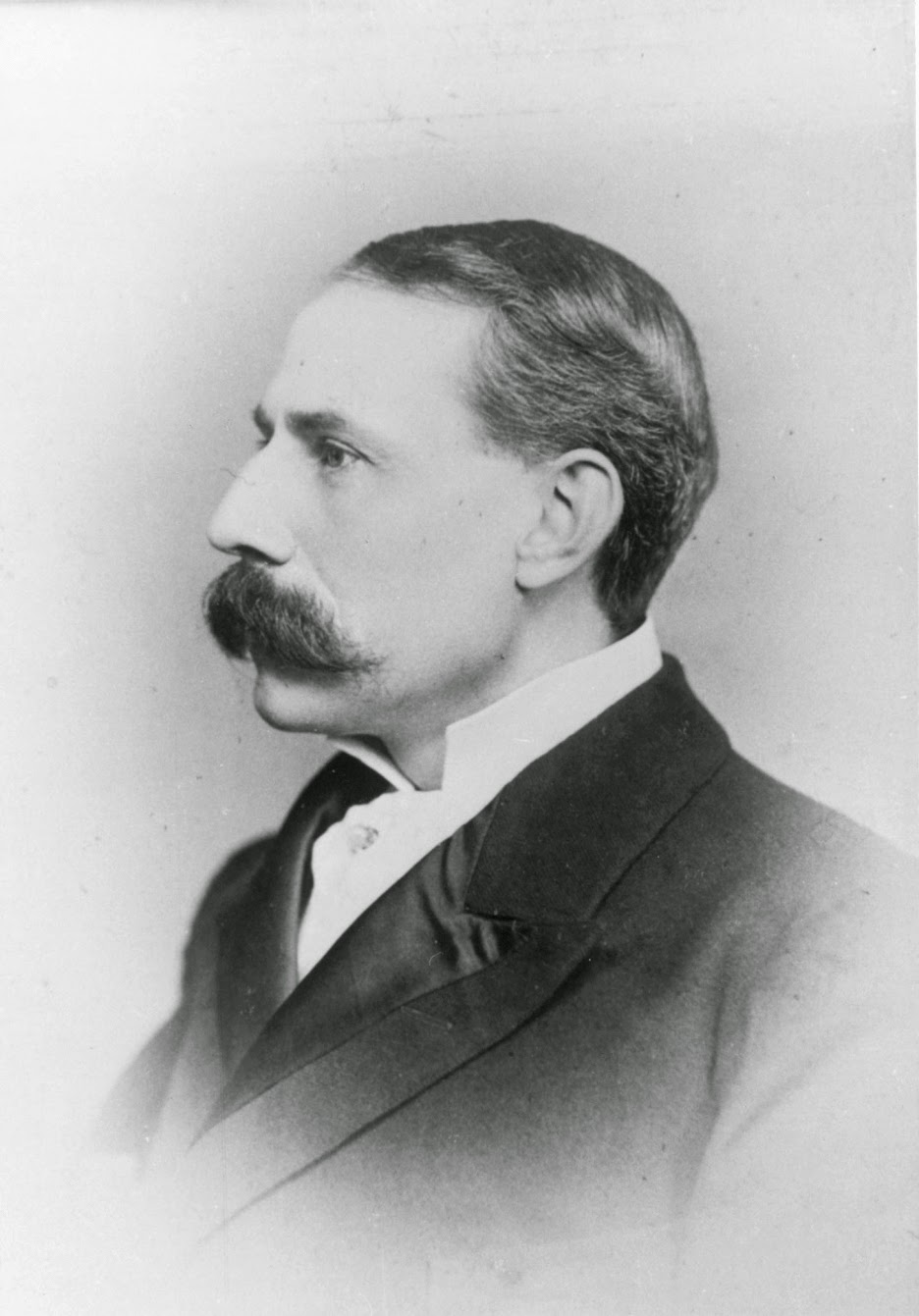 The pre-eminent figure in Britsh music from 1900-1930 was a self-taught Roman Catholic musician from rural Worcestershire, who hadn’t experienced much success before age forty. Edward Elgar (1857-1934) would eventually achieve widespread fame across three continents, numerous official honors and a title of nobility, though he always considered himself an outsider.

In America, Elgar is best known for a section of his Pomp and Circumstance No. 1 in D Major (1901), which has been played at graduation ceremonies since 1905, when Elgar himself received an Honorary Doctorate from Yale University.

In England, lyrics by A.C. Benson transformed this same tune into “Land of Hope and Glory” a patriotic anthem so popular that it now compares in stature to “God Save the Queen.”

What first launched this remarkable career was Variations on an Original Theme (1899), his orchestral suite of 14 musical sketches based on a single theme, each inspired by an anecdote or personality trait of one of his close friends. The theme is presented in the first six measures of part one, above which appears the composer’s annotation: “Enigma.” The fourteen variations are named as follows.

I. “C.A.E” A four-note melodic fragment repeated here was once whistled by the composer arriving home to see his wife, Caroline Alice Elgar.

II. “H.D.S-P.” The pianist Hew David Steuart-Powell warmed up his fingers by playing scales on the keyboard, remembered by Elgar in this sketch.

IV. “W.M.B.” Like this sketch, William Meath Baker was concise and energetic.

V. “R.P.A.” Richard Penrose Arnold was a pianist and son of the poet Matthew Arnold.

VI. “Ysobel” A crossing-string exercise forms the basis for this sketch, named for Isabel Fitton, one of Elgar’s viola students.

VIII. “W.N.” The Worcester Philharmonic Society were gracious musical patrons, and their secretary Winifred Norbury had a memorable and characteristic laugh.

IX. “Nimrod” Elgar’s close friend Augustus Jaeger was a music editor and caring personal critic. Nimrod is a reference to the Biblical hunter, the German word for which is jaeger. This movement, often played by itself on solemn occasions, was inspired by a memory of Jaeger’s encouraging counsel, and his singing of a theme by Beethoven.

X. “Dorabella” Dora Penny was something of a muse for the composer, and her stutter is lovingly echoed by woodwinds. Penny’s biography of Elgar reveals abundant details about the subjects of these sketches.

XI. “G.R.S.” Walking along the river Wye with Elgar, organist George Robertson Sinclair watched his bulldog suddenly tumble into the water, paddle over to the bank and bark. Sinclair challenged Elgar to “set that to music!” and he did.

XIII. “* * *” Lady Mary Lygon, a local music festival sponsor traveling on a sea voyage in 1899, was the subject of this nautically imagined sketch. The reason for the elided initials, like much of this work’s back story, is the subject of great speculation.

XIV. “E.D.U.” Elgar’s wife nicknamed him “Edu” from the German Eduard, and this sketch is thus a self-portrait. Its original form was lengthened by 100 bars at the suggestion of Augustus Jaeger.

Elgar created an unsolved puzzle with his “Enigma” annotation, refusing to explain its “dark saying,” and further implied that yet another unrealized theme arches over the entire set of fourteen variations. Many pages have been written in search of solutions to the riddle, based on anagrams, countermelodies, musical quotations, and literary references, but a full explanation remains elusive.

Though regarded among the greatest of British composers, Elgar’s lively and varied material borrows more from diverse elements of continental Eurpoean music, and can’t be summed up by the dignified Pomp and Circumstance, no matter how deeply it inhabits the culture of two nations. In fact, he was an outspoken critic of what he considered to be a passive acceptance of the blandness of English music.

The paradoxes of his life and career would seem to suggest that Elgar might approve of being credited with creating one of the great mischievous mysteries of music history.
Posted by Jeffrey R. Pierce No comments: 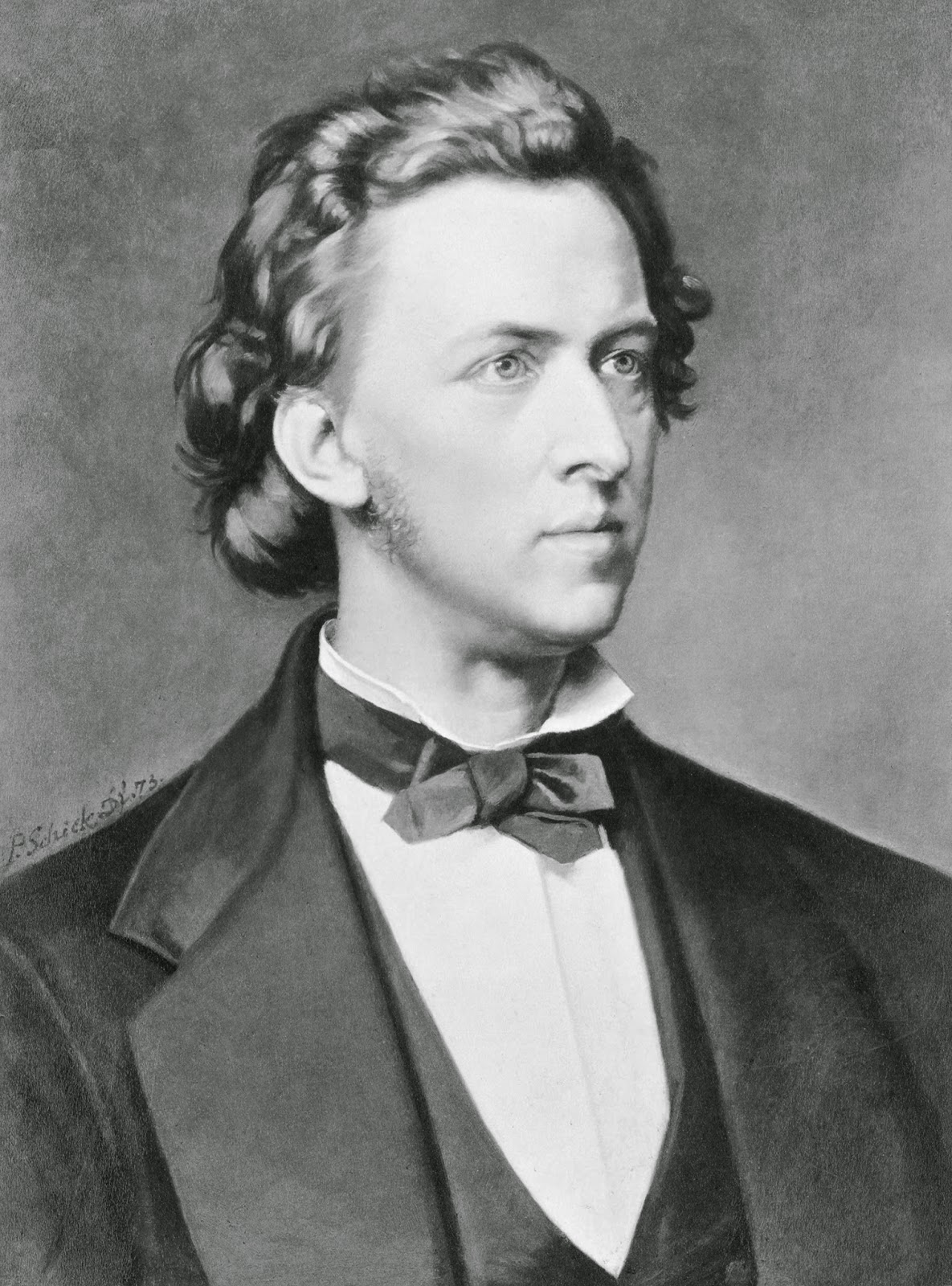 Contrary to its title, the Piano Concerto No. 2 (1830) was the first of two piano concertos written by Frédéric Chopin (1810-1849), and contrary to the spelling of his professional name, the great Romantic pianist was Polish, not French.

Raised in an academic family on the grounds of the Warsaw Lyceum (a university), Chopin’s musical gifts were cultivated from an early age. His training was grounded in the traditions of Bach, Mozart and Beethoven, which formed the basis for these first attempts at large scale works for piano and orchestra.

However these concertos reveal a shift in the balance between soloist and orchestra. Unlike his predecessors, Chopin used the form to showcase extravagant solo piano technique rather than develop a series of musical ideas through a deliberate give-and-take with the ensemble. It clearly pointed toward the variety of smaller musical forms to which he would later apply most of his creative genius and astonishing skills.

Hundreds of standalone piano works were produced during Chopin’s short life, in the form of études, nocturnes, and interpretations of Polish dances. The fluid and ornate detail of his keyboard textures conceals a sophisticated and disciplined attention to rhythm, articulation and dynamics down to the level of individual notes. With such a delicate style (once described as “embroidery”), he avoided public performances in large concert halls, preferring the intimacy of parlors and salons.

The lighter keyboard actions of nineteenth century pianos made Chopin’s intricate passages easier to execute than on a modern instrument, and the metal frame introduced on the Pleyel piano (Chopin’s favorite) provided more natural sustain than we hear today. This could explain why pedaling is rarely indicated in his scores, yet he prized a legato technique and impressed on his students the importance of “joining two notes together.”

Spending almost all of his adult life in Paris, Chopin became acquainted with the leading artistic figures of the time, notably the piano composers Robert Schumann and Franz Liszt, with whom he shared a mostly friendly rivalry. Though in some ways opposite in style, Chopin and Liszt can be credited with increasing the idiomatic and expressive possibilities of the piano to a degree that had never been heard before, or perhaps since.
Posted by Jeffrey R. Pierce No comments: 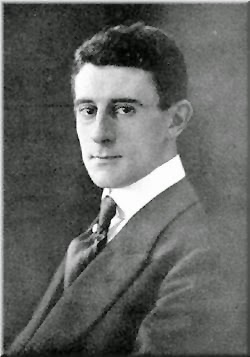 When a young Joseph-Maurice Ravel (1875-1937) composed Pavane pour une Infante Défunte (1899) for solo piano, he was a student at the Paris Conservatory, from which he would eventually be expelled twice for not winning any composition contests.

The pavane is a slow, processional Renaissance dance, consisting of a series of hesitating steps like those of a modern-day wedding procession. It was just stately enough to have an occasional link with somber ceremonies (such as royal funerals), but that was not Ravel’s creative impetus.

He had written the piece for his Patron, the Princesse de Poignac, and described it as “an evocation of a pavane that a little princess (infanta) might, in former times, have danced at the Spanish Court.” As for the title, he confessed “I simply liked the sound of those words.”

Such explanations, and the comparisons of his style to that of Claude Débussy, later earned Ravel the label of “impressionist,” though he (and Débussy both) rejected that term.

Born just inside the French border with Spain, Ravel adored his Basque mother, and felt a nostalgic love for Spanish culture throughout his life. Rapsodie Espagnole (“Spanish Rhapsody”) (1908) was his first major work composed for orchestra, and L’Heure Espagnole (“Spanish Time”) (1911) was the more successful of his two comic operas. Ravel orchestrated many of his own piano works, and the Pavane was scored for orchestra during this same period.

Its clear melody, surrounded by soft harmonies shifting from archaic modes to modern jazz-like gestures reveal the influence of Chabrier and Fauré (Ravel’s teacher), and that of a contemporary, Erik Satie. Though he was routinely criticized for an overly-cerebral style, Ravel was his own worst critic, and insisted this piece was unoriginal, and “poor in form.”

By the time of its 1911 orchestral debut in England however, the Pavane was praised for its “remote beauty” and is now well received in the repertoire. Only his Boléro (1928), named after the slow Spanish dance, is better known to audiences.

Despite the acknowledged “impersonal” quality of his music, Ravel’s imaginative instrumental colorings and love of dance extend, well into the twentieth century, a sound that to us seems quintessentially French.
Posted by Jeffrey R. Pierce No comments: