Prokofiev: Peter and the Wolf 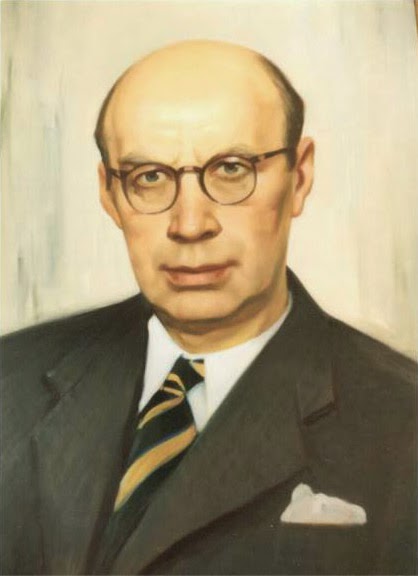 In 1891, Sergei Prokofiev was born on a country estate in a rural area of the Russian Empire which is now part of Ukraine.  His parents, though of modest means, were nonetheless educated and ambitious.  His father was the estate manager; his mother, an accomplished pianist in her own right, nurtured the young Prokofiev's obvious musical precocity but allowed him to discover it largely on his own.  By age 12, he had become a student of pianist-composer Reinhold Gliere, and had already composed two operas, a symphony, and dozens of piano works.  He was accepted at the St. Petersburg Conservatory and completed ten years of study with some of the best known Russian musicians of the day — Nikolai Rimsky-Korsakov, Alexander Glazunov, and Anatol Liadov. As a student, he was commended for his astonishing piano performances much more so than for his compositions, whose adventurous rhythms and harmonies were considered shocking and uncivilized.

Prokofiev traveled Europe and Asia through the turbulent 1910's, but eventually sought new audiences in the United States, Paris and London, and remained in the West for 25 years, composing and performing a wide range of choral, symphonic and virtuoso piano pieces.  By 1935, however, almost all of his commissions were coming from within the Soviet Union, and he moved to Moscow permanently in 1936, the same year he wrote "Peter and the Wolf" for the Central Children's Theater.
The intent of this work was to "cultivate musical tastes in children from the first years in school," an idea to which he warmly related.  Sources say he completed this "symphonic tale" in less than two weeks, perhaps as little as four days, supplying his own narrative based on memories of his childhood.  Prokofiev introduces sections of the orchestra to the audience as characterizations, with Peter portrayed by the strings, the Bird by the flute, the Duck by the oboe, the Cat by the clarinet, the Wolf by the horn section, the Grandfather by the bassoon and so on.  Though the composer was disappointed at its premier, “Peter and theWolf” has gone on to become a favorite of children as well as sophisticated adult listeners since that time.

In the period that followed, Prokofiev continued a vigorous and productive composing and performing career, all the while struggling to stay on good terms with the ever more repressive and paranoid Communist government.  By 1950, the political climate in the Soviet Union became increasingly isolationist, and a number of composers and other artists suffered official denouncements for their international ties, among them Prokofiev, Shostakovich and Khatchadourian.

In his final eight years life, suffering from poor health triggered by a fall and concussion, Prokofiev produced more symphonies, concertos, sonatas and other works, some rather blandly patriotic.  His last public appearance was at the premiere of his popular, but somber Symphony No. 7, also composed for young audiences, for which he received the 1957 Lenin Prize (posthumously) after his death in 1953. 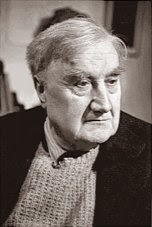 Ralph (pronounced "Rafe") Vaughan Williams (1872-1958), often regarded as the most "English" of English composers, owes much to the early influences of his Brahmsian composition teachers (Parry and Stanford), and something also to his years as a soldier in WorldWar I, but neither so much as to his love of English folksong, a source of endless creative inspiration for him throughout his long, prolific musical life.

The "Fantasia on Greensleeves" is but one song from Vaughan Williams’ tuneful third opera Sir John in Love, (1924-1928). Like Verdi's "Falstaff," the work is based on Shakespeare's Merry Wives of Windsor, and though "Sir John" has not held the stage like its rival, it is beloved for its sequence of buoyant, memorable song melodies. Legend has it that the tune of "Greensleeves" was written by King Henry VIII himself for his lover and future queen Anne Boleyn, and multiple references to the tune in Shakespeare's "Wives" indicate that it has been well-known since at least that time.  In "Sir John," Vaughan Williams conjoins it with another folk song from his extensive collection, "Lovely Joan," heard in the middle of this 1934 adaptation by Ralph Greaves.

Though he would have considered himself a religious agnostic, Vaughan Williams served brilliantly as editor of the highly successful English Hymnal of 1900, and many of his works deal directly or indirectly with Christian subjects. To some, his best-known work may be the tune "Sine Nomine" ("without a name") set for the hymn "For All the Saints.”  Vaughan Williams was buried in Westminster Abbey, one of only a handful of composers, like George Frederick Handel and Charles & John Wesley, to be so honored. 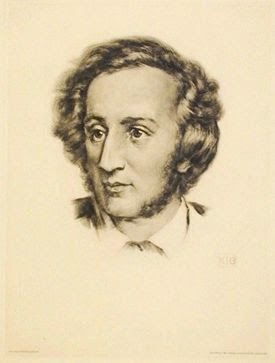 German composer Felix Mendelssohn was born of Jewish origin in 1809, grandson of noted philosopher Moses Mendelssohn.  Baptized and raised as a Lutheran (and adding "Bartholdy" to his surname), the young Mendelssohn was a gifted pianist and composer, completing numerous symphonic works, including his famous overture to Shakespeare's A MidsummerNight's Dream, before the age of twenty.  In anticipation of the 300th anniversary of Martin Luther's Augsburg Confession of 1530 (the articles of faith that were to form the essential doctrines of Lutheranism) he composed a commemoriative symphony in the hopes it would be performed during the official tercentennial festivities in Berlin or Leipzig. Unfortunately, his Jewish background was probably the reason he was passed over for a commission in favor of the now obscure Eduard Grell.

The symphony begins with a slow introduction which alternates between brass fanfares and responding strings playing the "Dresden Amen" (which later appeared in Wagner's Parsifal). The theme from the fanfare is used throughout the remainder of the first movement. The second movement takes the form of an upbeat dance built around a variant of the first movement theme. Mendelssohn then uses a much more restrained third movement, which features a theme played by strings and a small woodwind section at an andante tempo. Finally, the fourth movement, built almost exclusively around Luther's chorale "A MightyFortress is Our God," begins with a simple and direct introduction of the chorale by the flute. Various elements of the woodwind section, followed by strings and brass, are added until the full orchestra plays the chorale. Immediately, the tempo increases to allegro, as various instruments repeat the chorale theme until a final statement is given by the full orchestra with an accompanying trumpet fanfare.

Known familiarly as the "Reformation," Symphony No. 5 was actually composed before Symphonies 1, 2, 3 and 4, but its lack of success after two public performances around 1832 caused Mendelssohn to put it aside, and it wasn't published until after the composer's death in 1847.