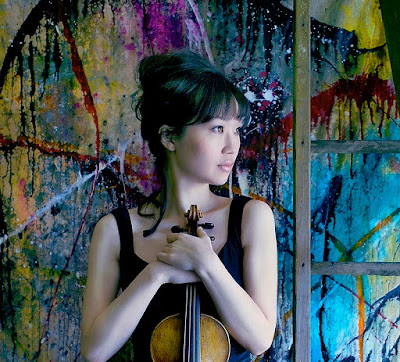 "Baroque composers wrote music as a social, civic or religious duty, not for personal expression," explains violinist Tricia Park in her solo show "variations on an (original) theme: a suite in eight movements" at the Elgin Fringe Festival. Her performance would later quote from Bach's "Chaconne in d minor," a landmark piece in a musical form that endured an international identity crisis for centuries.

These elements are key to the symbolic reasoning that connects chapters of Park's autobiographical narrative: snapshots of formative experiences that exposed mind, body and soul to scrutiny by teachers, doctors, impresarios, even her parents through the lens of Korea's culture of high expectations.

Gifted more as a writer than an actor, her scholarly voice wavers only when recalling the most achingly real details of a childhood shaped by constant discipline, and jarring transitions from solitude to total exposure.

But she has used this material of her life to write something original that heals from within, and her musical performance reflects technical excellence without a gloss of perfectionism in portraying who she really is, not just what she was trained to do. The poetic justice is consummated by her violin, which looks blonde, but speaks with a voice exquisitely darkened by stress.