Gershwin: An American in Paris 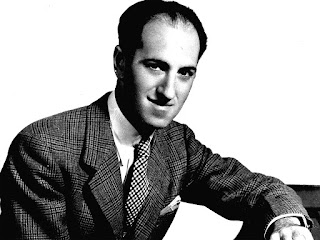 Jazz is considered America’s unique contribution to world music, and George Gershwin (1898-1937) was an important pioneer in its development, by combining the blue notes of American roots music with European-style harmonies.

The French fell in love with jazz in the 1920’s, perhaps because its colorful chords sounded like natural extensions of Debussy, Satie and Ravel. Gershwin made multiple trips to Paris during this period, seeking tutelage from Ravel or Nadia Boulanger (both of whom turned him down), and it was these visits which inspired this symphonic poem.

Gershwin had demonstrated an ability to capture musical impressions of haphazard New York City life in his earlier Rhapsody in Blue (1924), which was criticized by classical purists for its lack of discernible form. In applying this gift of urban portraiture to Paris, he offered no apology, writing “My purpose here is to portray the impression of an American visitor in Paris as he strolls about the city and listens to various street noises and absorbs the French atmosphere.” To achieve some of these effects, the score calls for instruments not normally found in a classical orchestra: saxophones, taxi horns and a wide array of percussion.

Gershwin also described his original concept for the piece as a “rhapsodic ballet” because of its free development of scene, mood and gesture. Ironically, his use of rubato (fluid, discretionary changes in tempo) was generally intended to make the point that jazz need not be strictly metrical for dancing purposes.

And An American in Paris indeed became a ballet in the climactic scene of the 1951 film of the same name, starring Gene Kelly and Leslie Caron. The sixteen-minute sequence cost half a million dollars to produce. The film was recently reborn as a Broadway musical, which opened at the Palace Theatre in April 2015, and runs through June 2016.
Posted by Jeffrey R. Pierce